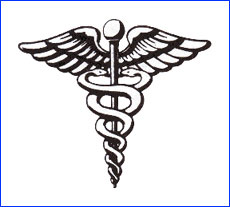 The staff carried by Mercury, the eloquent winged messenger of the gods, is called the caduceus. Composed of two snakes that wind around the winged pillar of the staff, the caduceus is the universal symbol for medicine, which also associates with alchemy and wisdom.

Mercury, with his versatile skills and attributes, is represented in hands in the pads of flesh that lie beneath air (baby) fingers, and in the baby (air/Mercury) fingers themselves. 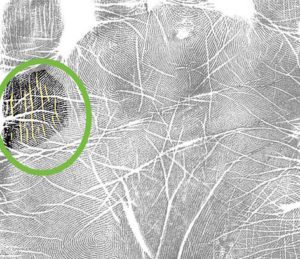 lso called ‘medical stigmata’ or ‘Samaritan lines’ are an  array of several parallel vertical lines which ray over Mercury mounts below air fingers above the start of water (heart) lines. Their energies flow upwards, as if to express through the baby finger. It is these lines that augment the relationship between Mercury’s curative alchemy with the call to help others.

Hand readers interpret Healing Stigmata as a sign of interest in and aptitude for helping and healing people and animals. Owners are empathically drawn to helping and healing both animals and people with hands on touch and/or dialogue therapies. They are gifted with intuitive sensing of energy, psychological insight and the ability to channel and direct healing energy. Many with healing stigmata have a soothingly therapeutic voice with a naturally deep listening capacity. 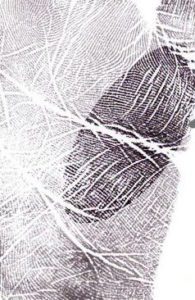 Healing skills are further accented activated when the vertical lines replicate below the water (heart) lines, on the upper Mars/Uranus mounts.

To assess the degree of quality of the traditional interpretation, we cross-reference to the mount’s sizes, to the forms of the fingers above, and to the rest of the hand. Well-developed Mercury mounts with fingers above that are straight and long support the meanings, while flat, deficient Mercury mounts with low set short baby fingers might diminish the associated qualities.

Healing stigmata are sometimes difficult to distinguish due to the presence of other vertical lines on Mercury, such as the minor air (Hepatica/health/Mercury) lines and the children lines, in which case our most reliable source is our intuition; which of the lines “speak” to the reader as having the most significance?